Home/Grumpy Grizzly/4 Signs of Market Over Valuation
Previous Next

4 Signs of Market Over Valuation

There are several warning signs flashing in financial markets. Here, we highlight some of the more egregious valuation metrics that many investors may not be aware of. Wall Street firms and the mainstream media have little interest in touting an extended, overbought stock market for investors.

The U.S. stock market’s valuation is expensive by a variety of measures. Unlike 2000, when the extreme overvaluation was mostly found in technology stocks, today’s lofty valuations pertain to all indexes, big and small. Here are four fundamental metrics that indicate an extremely overvalued stock market:

The stock market has been on a tear since its February low, vaulting back to 2100. Yet, revenues (sales) have actually declined for 3 straight quarters (a testament to the financial engineering of buybacks). Unlike net earnings, which can be manipulated almost at will by management’s use of accounting gimmicks, top-line revenues are harder to manipulate and show a deceleration of growth. This combination has caused the Price to Sales (P/S) ratio for Standard & Poor’s 500 companies to  2.2 according to Ned Davis Research, which is above both the 2000 and 2007 levels.1 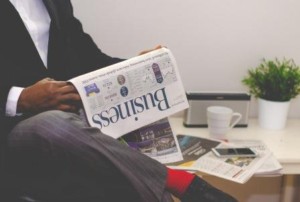 More worrisome is that this is the same P/E multiple we saw in May of 2008.3 We know what happened next, the Great Recession hit, markets lost almost 60% and TTM earnings went down to just $7 reported and actual earnings went negative for the first time in history.

Former Reagan Budget Director, David Stockman points out that nine years ago, in June of 2007, S&P 500 TTM earnings were just $85 per share.4 That equals just a 0.2% annual rate of earnings growth since.5 He points out that after accounting for $3 trillion in share repurchases by public companies aiding the EPS number (since taking out shares outstanding through buybacks artificially inflates earnings per share) there is probably negative growth over this time period.6

The P/E levels are certainly high for the large cap equity indexes but the numbers are even more frightening for small cap stocks that make up the Russell 2000 index. Here, the P/E ratio is currently reported as ‘Nil’ because of so many ‘one time’ non-cash items write-offs that reported earnings are near zero. ‘Nil’ sounds better than the raw TTM P/E ratio of 691 x (as of the end of Q1, 2016).7 This is not a typo.

One year ago, when earnings were higher (and calculable), the Russell 2000’s raw TTM P/E ratio was a mere 79.3 x, down from the 2014 level of 101x.8 These multiples reflect the inclusion of companies with negative earnings, so it is a truer sense of actual earnings.

Forward or pro-forma estimates, so often used by sell-side pundits on financial news shows, typically don’t include companies with negative earnings. They are ‘P/E Ex-Negative Earnings’. Using these friendly sounding metrics, the forward P/E for the Russell 2000 is currently a more calming 17.9x. Whatever makes you feel better.

Yale professor and frequent financial market contributor, Robert Shiller, created this variation of the traditional Price to Earnings ratio. The Cyclically Adjusted Price Earnings (CAPE) ratio takes the average realized earnings over the previous ten years to see how the P/E fits in with an average ten-year business cycle. Today, the CAPE ratio is 25.9 which is extremely high especially considering the median CAPE ratio over the last 100 years is 16.04.9

Recently, the CAPE ratio was at 26.2, the highest since 2007. When you purchase securities with an overly rich CAPE valuation such as today, it implies diminished future returns for an investor. A 26.2 CAPE ratio implies a negative market return of 0.2% for the next ten years. That’s a sobering thought, especially for liability driven entities such as insurance companies and pension funds, which have benefit obligations that are currently underfunded.

Dividend yield is the total amount of a company’s (or indexes) annual dividends per share, divided by the current price per share (or level). The current dividend yield on ‘the market’ is 2.62% (using the Dow Jones Industrial Average as of June 17, 2016).10

Looking at the market’s dividend yield helps see the bigger picture. At the tech bubble peak in the year 2000, the average dividend yield for the 30 components Dow Jones Industrial Average dropped to a paltry 1.3% (the lowest level in over a century- going back to 1915).11 While you may be tempted to look at the 2.62% number and conclude “Well, the dividend yield has doubled since the 2000 top so the market can’t be that overvalued”. In our opinion, that is a dangerous conclusion to draw.

Over the last century, major market tops (1929, 1937, etc.) were associated with dividend yields that got down to only about 4%.12 Not bottoms, tops. Even at the high in 1929, the dividend yield on the Dow Jones was roughly 3.5%. So we are more overvalued than 1929 by at least this measure and we have been at a low dividend yield for years now.

The stock market bottoms of 1942, 1947 and 1982 have attended yields in the 7-10% range. According to Robert Prechter of Elliott Wave International, the yield on the Dow Jones Industrial Average shot to 17% at the 1932 bottom.13 Now that’s a cheap market. Today is the opposite. Rising interest rates could be the straw that breaks this market’s back.

So our current yield of 2.62% dividend yield is dangerously low and indicates severe overvaluation. The valuation has been so stretched for so long as measured by the dividend yield that no one pays much attention to it anymore. But that is a mistake. Prepare now for a market downturn. Inverse etfs, raising cash, and adding alternative etfs are all prudent ideas to reduce market risk.