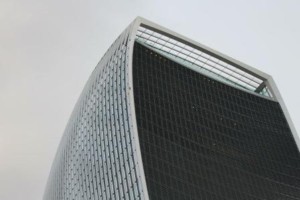 In the wake of the Wells Fargo scandal, we decided to take a closer look at Wells Fargo. In doing our research, we came across the holdings in the Wells Fargo 401k plan, specifically. What we found was rather worrisome.

As we suspected, the company has an active participation rate in their internal employee stock ownership or profit sharing plan. At the end of 2014, 34% of the total weighting in Wells Fargo 401k plans was made up of Wells Fargo common stock, according to Brightscope.1 This is a very high percentage and is very worrisome of you are an employee of Wells Fargo.

Whatever the exact amount is today, it’s too high of a concentration of retirement assets in one security, especially when you consider it is the company you’re employed by! If Wells Fargo gets in trouble, an employee would have their employment jeopardized, as well as their retirement savings. These two should always be kept in check because you don’t want too many eggs in one basket.

Now, we can understand how plan participants can acquire a large percentage of stock. It can actually be the sign of a generous employer. Many companies allow employees to purchase stock at a discount to the current market price or on a weighted average of the stock’s value over the last month. This last effort is done partly to discourage any type of insider trading effort. The benefit to using common stock is that it is a cheaper option (you don’t have to pay fees on the investment like you would a mutual fund) and there is greater return potential but for higher risk. The fact that the percentage is so high is the worrisome part.

We aren’t sure as to the exact amount currently in 2016 (it may be higher or lower than 2014’s 34% weighting) but it’s probably still high considering that a lawsuit was recently filed against Wells Fargo following the bogus account scandal by one of their own 401k plan participants. The issue is that the bank materially misrepresented their earnings which over-inflated the Wells Fargo stock that is so prominent in these retirement accounts.

Wells Fargo stock is in a precarious position. First, there is the fallout from the latest scandal. We know the basics of the scandal-that thousands of Wells Fargo employees were opening up fraudulent credit card and accounts on behalf of clients without their knowledge. The reason for the fraudulent activity is to meet lofty performance goals.

This debacle is particularly disturbing to many market watchers. As Bloomberg reported, Wells Fargo may have been targeting Latino customers, who, for a variety of reasons including language barriers, and the fact that many were recent immigrants, would be less likely to complain or even discover the bogus accounts. The bank was allegedly targeting consular card holders, a temporary identification card, that allowed employees to use these credentials, not social security numbers (which many did not have) to open the accounts. This has resulted in a $185 million fine for the bank.

The San Francisco-based bank’s reputation took another hit when it was sanctioned for the Department of Justice for repossessing the cars of veterans who couldn’t make their payments.3 This is in violations the Civil Service Protection Act, could cost the bank up to $20 million in fines.

Many banks are waiting for rising interest rates which they believe will help boost their net interest margins. This may happen but at what cost? There is a world awash in debt so rising rates could result in any number of outcomes. The demand for asset backed securities has led many banks, including Wells Fargo, to make imprudent loans, notably in the subprime auto sector. We don’t think any of them will be good for the economy and certainly not financials.

Not to mention the challenges from upstart fintech companies including On Deck, Bluevine and Kabbage. These startups handle the lucrative small business market and have been stealing market share from the big boys. If credit does tighten up, which we fully expect from the deflation that is coming, asset based lending companies will be there to pick up the slack and steal future business from Wells Fargo.

As we discussed in our main section on 401ks, there are a number of problems with many 401k retirement plans. The main issues most people have with 401ks are that the plans investments are inflexible, often containing high fees. If you feel the same way, consider a 401k rollover. If you are one of the 350,000+ participants in the Wells Fargo 401k plan, this is something you may want to consider.