Hedging Commodities Against a Bear Market 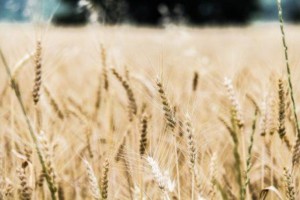 Commodities are products that include energy, agriculture and precious metals. They are essential to the global economy and our way of life. But as investments, commodities have been under severe selling pressure. The Bloomberg Commodities Index is at the lowest level since 1999.1 Oil makes up the largest part of most energy indexes and has been has gotten pummeled. The price of West Texas Intermediate crude oil has dropped from a recent high in June 2014 of about $107 per barrel to the twenties in about a year and a half. That’s a drop of over 80% in about a year and a half, outpacing crude oil’s 78% drop during the financial crisis in 2008. But then again, that 2008 drop occurred in only six months. Not surprising, energy stocks and the Master Limited Partnership space, MLPs, have been hit especially hard.

We can point to several reasons for the price collapse including increased oil and gas supply from North American shale producers, a China slowdown and expected new supplies of Iranian oil. But maybe the most logical explanation is that there was simply over-bullish speculation. Even if you don’t directly own the underlying commodities just mentioned, you’re probably exposed to them in your other holdings in some way, both positively and negatively.

While the shale revolution in the United States has been a boon for our energy independence, we may have become our own worst enemy, as our increased supply has brought the price of West Texas Intermediate crude oil, to below $30. This low price is financially straining many shale producers, who’s break even production costs are typically around $60 or more. In fact, mining giant BHP Billiton revealed they would be writing down over $7 billion from its United States shale holdings.2 Many of these operators utilize hydraulic fracking technology and they may be in trouble, because they are some of the high-cost producers.3 As credit contracts from the sector, they will become financially stressed. When the equity markets close off to them, they will be in dire straits.

In addition, many investors have invested in master limited partnerships, MLPs, for the higher dividend yields. Unfortunately, MLP’s have borne the brunt of the pain. MLPs have fared slightly better than the actual drop in the commodity, but not by much. Unfortunately for many investors, MLPs were marketed to act like toll booths, their revenues coming less from the price of oil and more from the volume that flowed through their pipelines are stored in their containers. But the price of oil clearly was a factor, at least in investor’s minds. MLPs suffered from another concern. It’s high yields classified it as a ‘bond-equivalent’ so when rates were threatening a rise, they sold off. And since MLPs are highly leveraged, crashing oil prices combined with the future prospect of rolling over debt into increasing yields became frightening.

How to Hedge MLPs with Inverse ETFs

You might consider inverse MLP ETFs which will move opposite the price of an underlying MLP index. UBS offers an inverse MLP ETF, MLPS, which tracks the inverse of the Alerian MLP Infrastructure Total Return Index. Here are a couple of different things to consider about regarding this security. It is actually an exchange traded note, so it is subject to credit concerns of the issuer, in this case UBS. Also, this is one of the few monthly inverse ETFs, meaning the reset occurs every month, instead of the typical daily reset.

The Alerian MLP Index hit a high of 540.01 in August 2014 and subsequently dropped 55% by the end of 2015. The MLPS has provided a nice hedge against MLP exposure. During the same time period, MLPS went from $9.88 to $20.63, a 108% return. Not bad for 85 basis points of expense fee. Interestingly, MLPS is not a leveraged ETF, it has single (-1X) inverse exposure. So its 108% increase speaks to the potential compounding benefit if you can catch a persistent move in one direction. It probably also has to do with the monthly reset, which may be preferable to the daily reset.

Should I be Selling Short MLPs?

You probably don’t want to be short selling master limited partnerships for a couple reasons. One they have very high dividend yields (the ones that haven’t cut them) and when short selling stocks you owe the dividend. This cost will be reflected in the cost to borrow, which should be quite high. Also, they have been beaten down so badly, the chance for a sharp rally would be dangerous.

How to Hedge Energy Stocks with Inverse ETFs

Crude oil has been under severe selling pressure. Not only has the commodity itself plummeted, but the stocks and bonds that track the different oil and gas sectors (exploration and production, integrated, downstream refiners) have been hit hard. Almost indiscriminately, oil and gas investments has seen their value get trounced.

For a direct hedge against crude oil prices there is the United States Short Oil Fund, DNO from the U.S. Commodity Fund. Since this uses futures contracts to achieve the opposite return of the price of West Texas Intermediate crude oil, it’s slightly different from other ETFs in that it requires a K-1.

There is also the ‘Short Oil and Gas’ ETF, DDG which aims to return the opposite (-1X) return on the Dow Jones U.S. Oil and Gas Index. This index is very concentrated in large U.S. integrated oil companies. Exxon makes up over a quarter of the fund by itself and Chevron adds another 13%. Together, they make up almost 40% of the fund. There is also the UltraShort Oil and Gas ETF, DUG, which returns twice the inverse return of that index.

For aggressive speculators, there is also a triple leveraged ETF, the Direxion Daily Energy Bear 3X ETF, ERY, which aims to deliver three times the inverse return of the Energy Select Sector Index. This index is similarly constructed to the Dow Jones Index Oil & Gas Index, heavily weighted with Exxon and Chevron. Finally, there is Direxion’s ‘Daily S&P Oil & Gas Exploration and Production Bear 3X’ ETF, ticker DRIP, which is the triple inverse of the S&P Oil & Gas E&P Index. This fund is made up of more speculative companies, tied more to the price of oil and gas including Southwestern Energy, Gulfport Energy and Antero Resources. 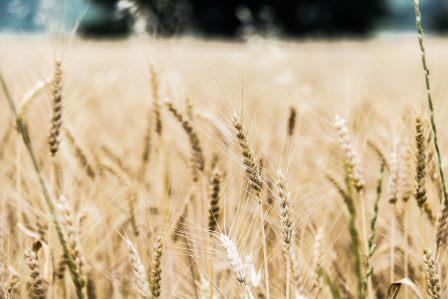