Why Social Security is in Trouble 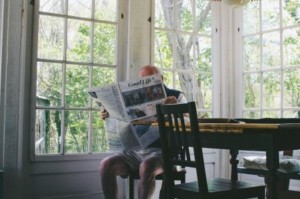 American retirees depend on Social Security for their financial support more than any other program. Almost two-thirds of retirees derive over half of their retirement income from Social Security. That speaks to the level of dependence we face on a system that. By some estimates, The Old Age and Survivors Trust Fund could run out of money in 2033. We’ve gotten to this point, eighty years later, because Social Security was never intended to provide this much of a crutch to retirees. When Roosevelt signed the Social Security Act into law in 1935, right in the middle of the Great Depression, it was as much of a psychological move than anything else. It’s purpose was to take away the fear of becoming destitute for many retired Americans.

Another area that is in an even more dire situation is the Disability Insurance Trust Fund which provides benefits to disabled Americans and their families. Benefits may be cut in 2016 assuming no changes by our government to provide a lifeline. The average disability benefit is about $1,000 and may be cut by 20%. $800 is not much of an assistance program for many in need. Even if there is some type of extension, it’s only a band-aid covering the giant problem. Maybe the most probable band-aid is the reallocation (transfer) of funds from the main Social Security fund to the Disability fund. Too much of this could shorten Social Security from 2033 to 2030.

The problem is demographics, a massive baby boomer generation never imagined when Social Security was created 80 years ago.

If you are in a higher tax bracket, prepare for higher taxes. whether it happens or not, you should plan for the possibility. The program is funded through your FICA taxes (Federal Insurance Contributions Act) which is taken out of your paycheck. Half of it comes from you and half from your employer so higher unemployment rates exacerbate the Social security funding problem. Of course, corporate bankruptcies are the worst case scenario for Social Security because the funding is double-cut. Self employed taxpayers pay the full amount themselves so when small-businesses such as sole proprietorships go under, the full amount of funding is again lost.

The funding amount paid with the FICA tax pays the current beneficiaries. Some call this a Ponzi-scheme and while we won’t use such a harsh term, there are similarities. But, there is other assets involved so the harsh moniker isn’t exactly fit. Any surplus that is generated from the current tax creates a cushion for the fund. This surplus is invested, by law, in U.S. Treasury bonds.

The worst case scenario is if we see a severe economic downturn and consequently a spike in unemployment. This would severely impact the funding status of Social Security. If this is accompanied by a higher than expected rise in interest rates, which would reduce the value of current surplus Treasury holdings. The real nightmare comes if the United States gets into enough fiscal trouble that we experience credit downgrades. This would strain our ability to continue to roll over our debt. Further, if other world economies get into financial trouble, there could be a wave of foreign sellers of our debt, lowering the value of our bonds and raising rates. We’ve surpassed the $18 trillion mark mark in Federal debt and another recession, if serious enough, could put us into a fiscal crisis. This may not happen, but we should be prepared for such an event.

How to Hedge against Social Security Cuts

One way to hedge against a social security is with inverse ETFs. There are products that can hedge against a sell-off in U.S. Treasuries, which would be where a level of funds would come from. There are pure play long maturity Treasury inverse ETFs like TBF and TYBS. There is also the triple leveraged inverse ETF, TMV. This ETF tracks the NYSE 20 year plus Treasury Bond Index as its benchmark. There is also TBX, which is the single inverse ETF for the more intermediate 7-10 year U.S. Treasuries. Some alternative ETFs use duration reducing strategies to hedge interest rates by selling short U.S Treasuries. These also include IGHG and HYHG although IGHG is more affected by interest rate movements and HYHG is more affected by credit changes. Although both rates and credit will factor in, since the underlying investment, U.S. Treasury bonds have the longest maturities, the negative movements because of the longer duration will tilt the scales for IGHG as probably the better hedge. There is also the Wisdom Tree Bloomberg Floating Rate fund, USFR. 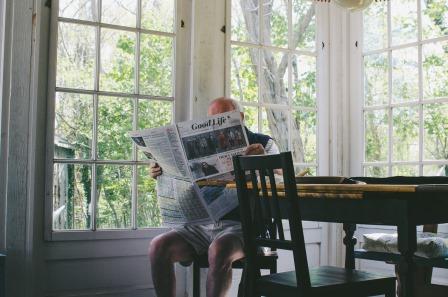 Article Name
Social Security
Description
Social security is in need of a major overhaul and there is a good possibility you will experience social security cuts or changes in your lifetime.
Author
Inverse ETFs
Publisher Name
www.inverse-etfs.com
Publisher Logo