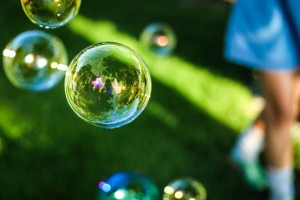 Raising cash by selling individual bonds, bond mutual funds or bond ETFs might be a prudent strategy if you expect interest rates to rise. Granted, this is a contrary opinion as few appear worried about the prospects of rising interest rates with over half a billion people currently living under negative Treasury rates. And global Central bankers such as Japan’s Kuroda suggests that there is still more room to lower (in other words, make rates more negative). This is a sign of deflationary pressure. One way to hedge is with inverse bond ETFs.

That is precisely why we believe the current juncture is so crucial. When rates rise, existing bonds with fixed coupon payments fall in price, all else equal. This is because higher yields now exist in the market, making the older bonds (with lower coupons) less attractive on a relative basis. The bond’s price typically reflect this new interest rate environment by trading below par (100). If you’re hesitant to sell your fixed income funds (or your advisor tells you its not a good idea to sell) you should at least have the conversation about adding a hedge against rising interest rates.

During the first couple months of 2016, investors were clearly jumping on the bond bandwagon as stock indices cratered. The huge fund outflows from the stock markets found their way into the safer haven government bond funds, sending the yield on the U.S. 10 year Treasury down to roughly 1.57%.  Adding inverse bond ETFs, especially those covering longer term U.S Treasury bonds, could help protect your bond portfolio against rising interest rates. This is because the longer-dated maturities have greater sensitivity to interest rate changes, known as duration risk. By the nature of bond math, the percentage loss to your bond holdings when rates rise quickly from a very low interest rate level can deliver very detrimental percentage losses to your bonds.

We must be cognizant of the fact that our fiscal situation in this county is strained. If the U.S. governments finances were viewed in terms of a corporate bond we most certainly wouldn’t have a AAA rating. Rising interest rates would make it harder to repay existing debt since rolling into new, higher coupon debt is more expensive. If the U.S. economy gets hit with a recession or a deflationary depression, our ability to repay the debt (tax receipts) will drop as unemployment rises. An inverse Treasury bond ETF could increase in value if there are downgrades to the United States credit ratings. This could harm programs backed by U.S. Treasuries such as the ‘myRA’ program and Social Security.

Many investors fixed income investments, such as bond mutual funds or bond exchange traded funds, are held in a retirement account (such as a 401k) because these types of accounts are tax advantaged.  The interest income from bonds would be taxed at the higher ordinary income rates in a regular, non-retirement brokerage account but the tax-sheltered benefit of a retirement account either defers the tax liability or eliminates it in the case of a Roth.

Plan sponsors contend that the point of a tax advantaged retirement account like a 401k is to hold for the long term (your retirement) and not try and time the market. Investors approaching retirement have been told to ‘reduce risk’ by increasing the asset allocation to fixed income (bonds) as they approach retirement. Many use the terms cash and bond funds (especially government bond funds) interchangeably but this is not the case. That might leave a retiree or baby boomer with 50-60% of their portfolio sitting in bond mutual funds or bond ETFs. You may want to review our section on hedging bond exposure.

Many 401k plans won’t allow you to purchase individual stocks, options or inverse bond ETFs which could reduce risk. But an investor should be able to purchase an inverse bond ETF in an IRA or brokerage account without much problem. This position hedges the bond exposure in the (inflexible) 401k account. As bond prices fall, (whatever the ‘reason’) the losses incurred in the 401k could be offset, at least partially, by an increase in the inverse ETF which should gain in value since it moves in the opposite direction of an underlying benchmark.

In the United States, the most actionable bond sector for a hedge is U.S. Treasury bonds. The Daily Sentiment Index, DSI, for 30 year U.S Treasury bonds recently hit 97% (an extremely bullish level). In fact, this the same level that bonds hit back in 2012 when the U.S 10 year yields bottomed at 1.39% on an intra-day basis. The result often seems like a coiled spring. Thirteen months later, the 10-year yield had doubled and eventually broke above 3%.

There are several inverse bond ETFs to reduce risk in a fixed income portfolio. The ‘Short 20+ U.S. Treasury’ Fund (Symbol: TBF)  is an inverse bond ETF that aims to deliver the opposite, or inverse, return on the Barclays Capital U.S. 20+ Treasury Index, on a daily basis.

There is also a -2x inverse bond ETF (Symbol: PST) on the same index and a -3x inverse ETF (Symbol: TMV) that tracks a New York Stock Exchange Treasury Index. The downside to a leveraged inverse ETF is that Treasury yields are range bound for a long period of time, the value of the inverse bond ETF could erode. Inverse bond ETFs are intended for short term use and the longer they are held, the more chance their return could deviate from the movement underlying benchmark. 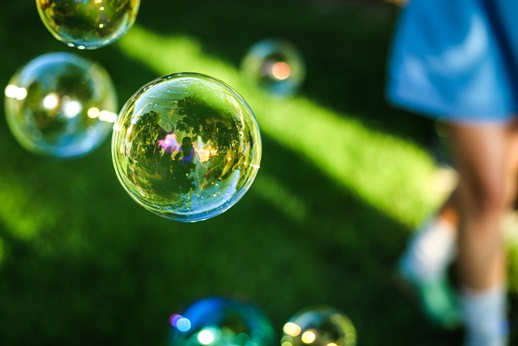